Home»Reviews»NO ONE IN THE WORLD 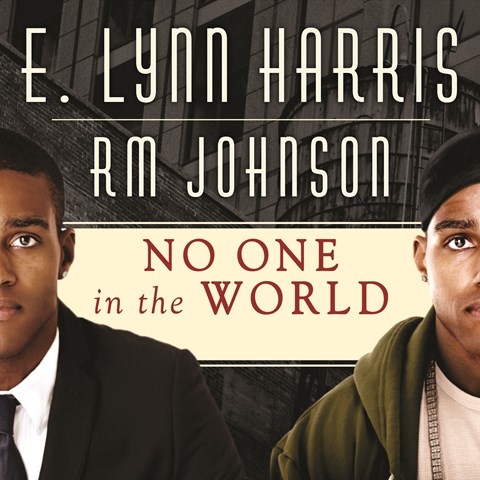 NO ONE IN THE WORLD

Cobi Winslow’s life is complicated. Just before his adoptive parents are killed, he discovers he has a twin brother. He finds Eric in prison just days from release. Cobi, who is gay, is involved with a closeted state senator, but in order to inherit the family fortune, he must marry a woman. His sister is determined to find him a suitable wife in order to keep control of the family business. Narrator Alan Bomar Jones has the unenviable task of turning this spicy soap opera into something believable. He is reasonably successful at creating a myriad of character—from the wealthy siblings to the desperate ex-con who is trying to pay off criminal debts to stay alive. However, the narrative surrounding the dialogue sounds wooden. A.B. 2012 Audies Finalist © AudioFile 2012, Portland, Maine [Published: MAY 2012]