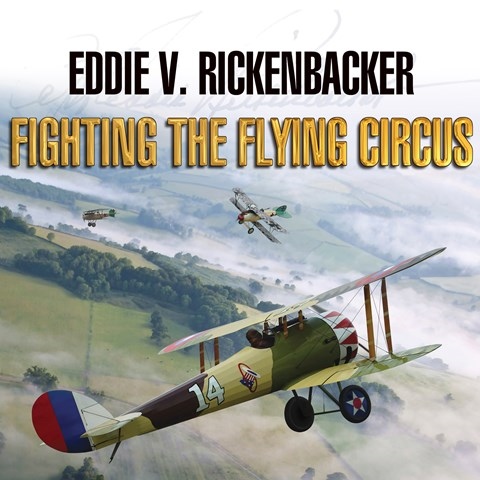 John Pruden gives an energetic reading of Major Rickenbacker’s memoir of his military service in WWI, originally published in 1919. Rickenbacker, a race car driver before and after the war, was the highest scoring U.S. ace—with 26 confirmed victories between April 1918 and the Armistice the following November. His memoir is refreshingly candid in describing the human aspects of war: his exhilaration at combat, his terror of going down in flames, and his interactions with comrades such as Quentin Roosevelt and Frank Luke. Pruden’s performance brings out the author’s competiveness and cockiness as well as his recognition of his inexperience. Rickenbacker’s story shows the ability of the American soldier to adapt to combat. M.T.F. © AudioFile 2012, Portland, Maine [Published: JUNE 2012]