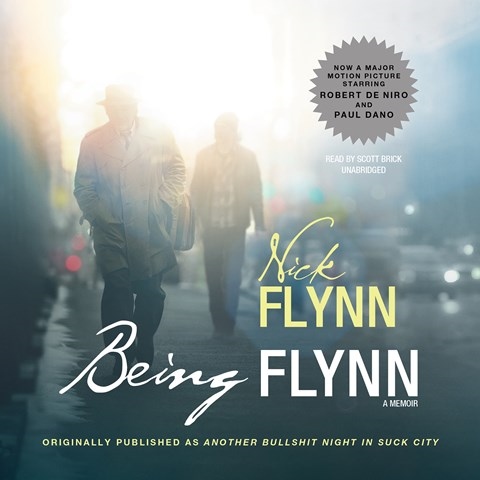 Nick Flynn recalls his experiences with his father, a failed writer who experienced homelessness and prison. At the same time, Flynn touches on his own life, which has included shoplifting, drugs, alcohol, and gangsters, and times he lacked compassion for his dad. Flynn's writing seems meant for the ear, giving narrator Scott Brick plenty to work with. Brick's voice takes on a weary tone as Flynn tells anecdotes about his father's daydreams and dishonesty. Brick brings in a whole range of emotions and reactions—from bitter sarcasm to admiration. The often sad story can be painful, yet always interesting. Despite his failings, listeners themselves may end up admiring the troubled parent. J.A.S. © AudioFile 2012, Portland, Maine [Published: MAY 2012]