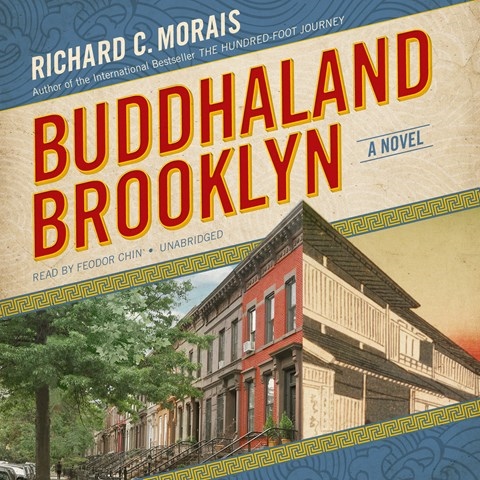 Seido Oda, a Japanese Buddhist priest, is better at painting and poetry than dealing with people. After 30 peaceful years in his relatively cloistered monastery, and despite his protestations and reservations, Reverend Oda is sent to supervise the building of a Buddhist temple in Brooklyn. Feodor Chin delivers Oda’s plight as a stranger in a strange land with quiet, unassuming grace. As Oda frequently escapes to his “aerie observation post,” to contemplate the American Buddhists he encounters, Chin delivers a sensitive portrait of a spiritual man experiencing sincere culture shock while trying to remain true to his faith and nonjudgmental of his Brooklyn believers. Richard C. Morais (THE HUNDRED-FOOT JOURNEY) has written a gentle, wise book made even more satisfying by Chin’s luminous performance. S.J.H. Winner of AudioFile Earphones Award © AudioFile 2012, Portland, Maine [Published: AUGUST 2012]