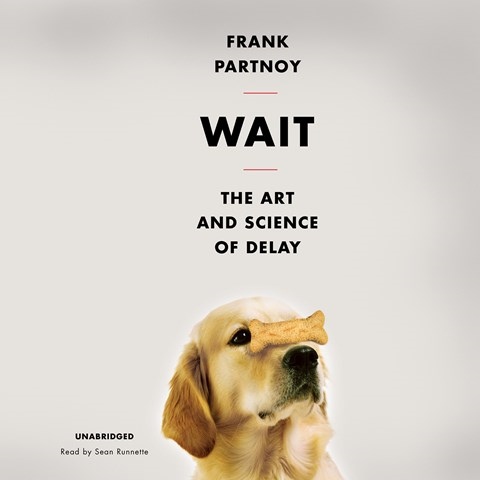 WAIT The Art and Science of Delay

In a response to Malcolm Gladwell’s BLINK and the culture embracing the fast thinking, or “thin slicing,” that book spawned, Partnoy extols the virtues of waiting—just long enough—in an accelerating world. In the tradition of James Gleick’s hilarious FASTER and Steven Johnson’s WHERE GOOD IDEAS COME FROM, Partnoy strings together anecdotes in support of a broad, slightly fuzzy thesis. He has good material but a penchant to wander from his topic, particularly near the end of the book. Sean Runnette’s avuncular delivery adds humanity to Partnoy’s stories. His pace works well for Partnoy’s thematically connected tales. All told, this is an enjoyable listen. F.C. © AudioFile 2012, Portland, Maine [Published: OCTOBER 2012]