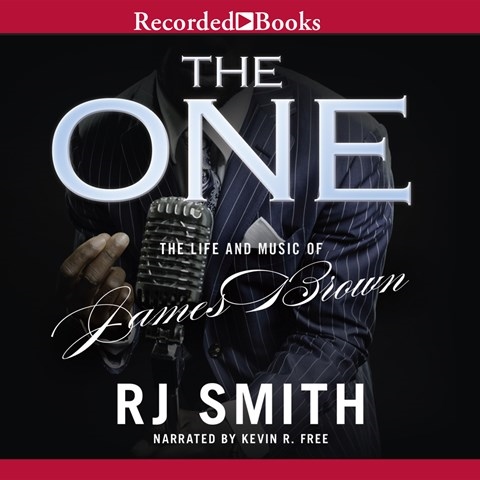 THE ONE The Life and Music of James Brown

James Brown was an American musical institution whose career spanned decades and whose influence can still be felt in R&B, funk, and hip hop. From his hardscrabble upbringing in the pre-segregation Deep South to his manic performances and tireless work habits, Brown’s life was not short on ribaldry. For this reason, Kevin Free, who has performed Shakespeare, at first seems an odd choice—too clean sounding for Brown’s down-home experience. But by adding distance to the work and not falling prey to stereotypes, he elevates Brown’s life and career to that of a great drama, complete with the tragic elements that befell the artist on so many occasions as he struggled with his demons. J.S.H. © AudioFile 2012, Portland, Maine [Published: JUNE 2012]