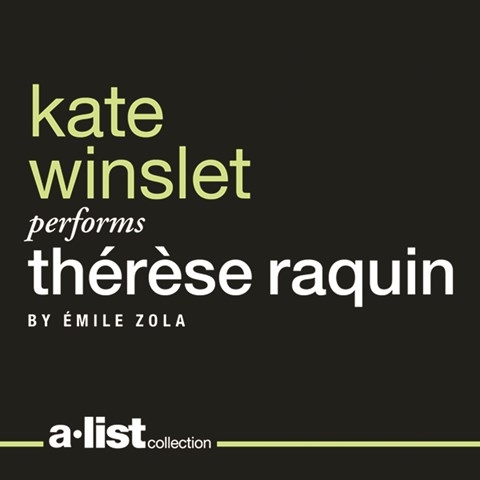 Zola’s 1867 novel portrays adultery and murder with extreme naturalism, and narrator Kate Winslet reads as though she is relishing every morsel of the drama. Since there’s not a lot of dialogue, Winslet easily changes characters by simply lowering her throaty voice to a growl for angry men or by adding a touch of disreputability to show a wanton woman. She clearly loves the book, and her pleasure in the text is infectious. The novel is almost 150 years old and could have seemed dated, but Winslet throws herself into a take-no-prisoners performance. With her crisp, clear, yet sensuous reading, she grabs listeners and doesn’t let go. G.D. © AudioFile 2012, Portland, Maine [Published: APRIL 2012]