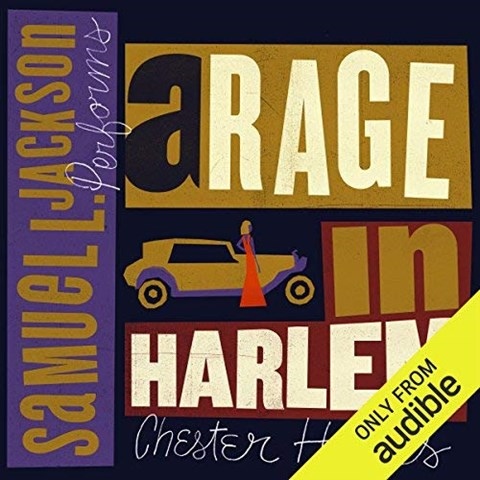 A RAGE IN HARLEM

Set in Harlem of the late '50s, A RAGE IN HARLEM follows a luckless protagonist as he tracks down his girl, Imabelle, and her trunk of gold ore after she scams him out of all his money. Chester Himes’s dark-humored novel is full of bungled situations and people to whom crime and dire poverty are a way of life. Samuel L. Jackson animates the story with a full palette of character voices. He flexibly shifts his tone from serious in describing the abject social decay to wild and frantic in the action scenes, which he delivers at a breathtaking pace. Himes’s novel is chock-full of stock characters of ghetto life in the '50s and Jackson’s narration brings them out in all their glory. F.T. 2013 Audies Finalist © AudioFile 2012, Portland, Maine [Published: MAY 2012]