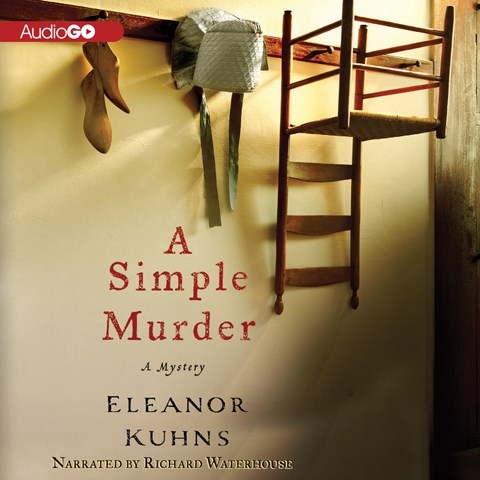 Step into the past—when all jobs on a farm are done by hand by members of the community. William Rees, a Revolutionary War veteran and itinerant weaver, returns home to find his son, David, has joined the local Shaker community. The night after Rees visits his son, Shaker member Sister Chastity is murdered, and Rees is engaged to find the culprit before more people die. Richard Waterhouse reads this mystery steadily and fluidly. While the story is set in post-Revolutionary Maine, the characters sound neither like New Englanders nor Brits. Further, the Sister, who is from France, sounds vaguely German. However, Waterhouse's flat narrative tone actually suits the performance quite well. In the world of the early American Shakers, silence rules even when a murderer is at large. M.B.K. © AudioFile 2012, Portland, Maine [Published: JULY 2012]