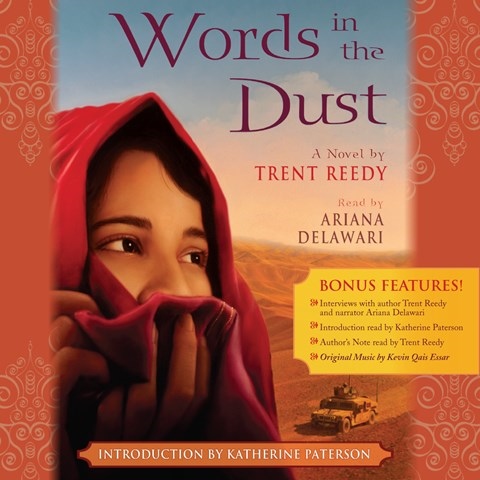 WORDS IN THE DUST

This story, written by a former American soldier, features an Afghan girl named Zulaikha who dreams of learning to read, marrying well, and living a peaceful life. Narrator Ariana Delawari reads with a slight lisp to reflect Zulaikha’s cleft palate. Delawari’s narration strongly conveys the timidity and strength Zulaikha has developed from living with this defect, the constant hard work of her life, and the loss of her mother when she was very young. Moving fluidly between English and Dari, as does the story itself, Delawari’s performance captures Afghan customs and the challenges of rebuilding a society that has lived so long with war and oppression. This insightful and moving production concludes with interviews with the author and the narrator. A.F. © AudioFile 2012, Portland, Maine [Published: JUNE 2012]