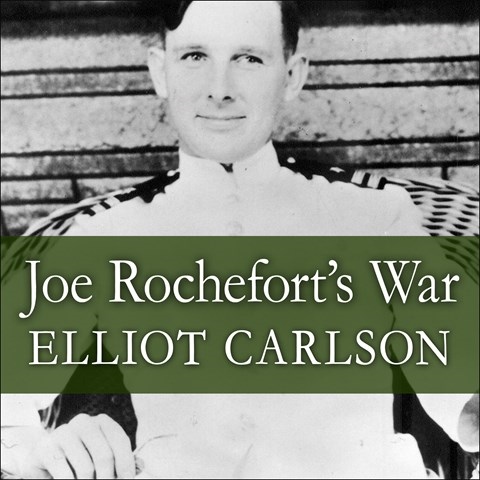 This detailed naval history and biography of Joseph Rochefort ranges from his groundbreaking work with radio intelligence at Pearl Harbor to the Battle of Midway and his subsequent removal from his post as a result of Navy internal politics. While clearly written and well told, Carlson's book will be primarily of interest to those already familiar with the early days of the naval war in the Pacific. Danny Campbell's narration is clear and even. His tone is upbeat and interested, even when he’s explicating aspects of naval organizational structure. Rochefort’s complex and important story has universal appeal. It is not only in the WWII Navy that gifted individuals battle bureaucracies. F.C. © AudioFile 2012, Portland, Maine [Published: JULY 2012]