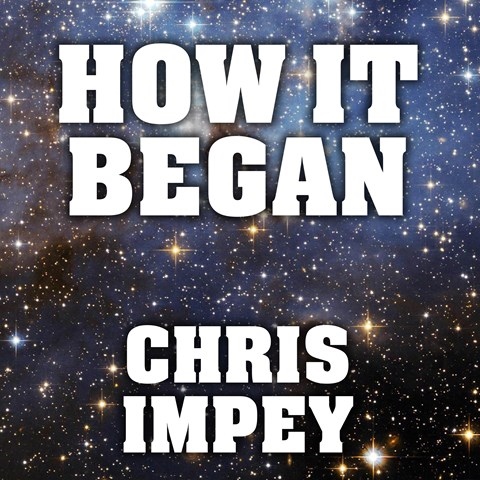 HOW IT BEGAN A Time-Traveler's Guide to the Universe

"To see back in time, we simply look out in space." Chris Impey takes listeners to the moon and then heads further out, his destination being the origins of the universe: the Big Bang. David Drummond's narration starts out poetically, as Impey quotes Lewis Carroll. Delivering Impey's descriptive language, Drummond makes listeners imagine they're on the moon or elsewhere in space. Impey looks at historical views and concepts—such as Einstein's famous equation or the origin of the word "lunatic"—and considers science-fiction concepts like the multiverse. As Impey shares personal anecdotes and pop culture references, Drummond succeeds at making the universe's origins even more accessible to the interested layperson. J.A.S. © AudioFile 2012, Portland, Maine [Published: JUNE 2012]