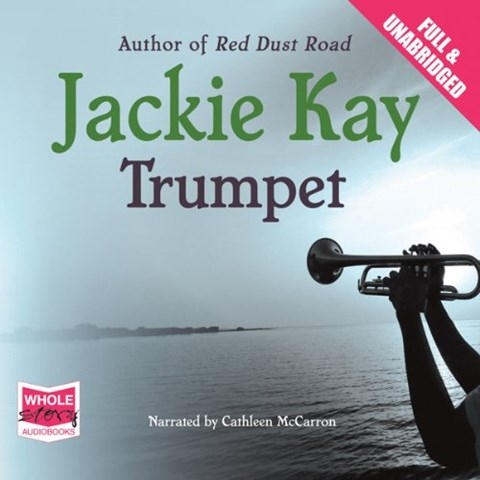 The story of Joss Moody, “Britain's legendary trumpet player," continues to make headlines after his death. It turns out that Moody is a woman. Cathleen McCarron narrates. Delivering the voice of Millicent, Moody’s wife, who has kept the secret, she is loving and reflective, yet weary under the strain of publicity. From time to time, McCarron occasionally injects a thin-voiced fragment of song to hit home the memories. She switches to a hostile, profane voice for Moody's surprised adopted son. Finally, there's the scheming voice of the ghostwriter who wants to tell the son's story. In the voices of the strong characters created by McCarron, the reactions turn into an interesting look at controversy and memory. J.A.S. © AudioFile 2012, Portland, Maine [Published: AUGUST 2012]