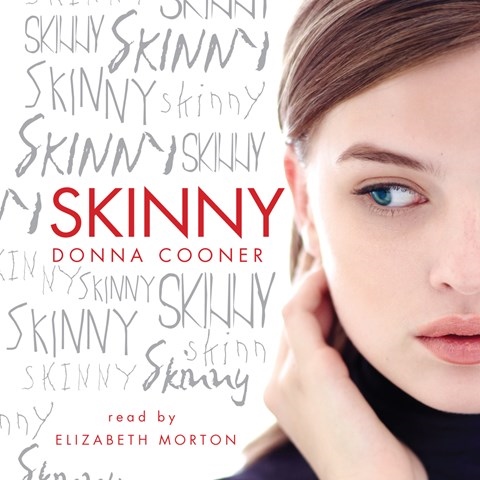 A series of humiliations finally leads 15-year-old morbidly obese Ever Davies to gastric bypass surgery. Elizabeth Morton’s precise and even narration doesn’t call attention to itself. Her style of delivery is appropriate for a story about a girl who desperately avoids attention. While Morton gives little indication of the Texas setting in her vocal characterizations, she imbues Ever’s best friend, stepsister, and other characters with personality and gives listeners insights into the ways Ever misreads people and continually defeats herself. Complicating Ever’s development is Skinny, a nasty voice inside her head that she believes tells her everything other people won’t say. An absorbing and timely exploration of obesity, its consequences, and how one girl manages finds her voice. A.F. © AudioFile 2012, Portland, Maine [Published: AUGUST 2012]