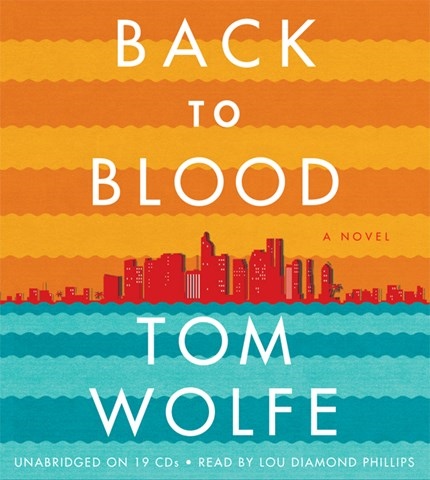 Former new journalist and documenter of America's social evolution in bestsellers like BONFIRE OF THE VANITIES and THE ELECTRIC KOOL-AID ACID TEST, Tom Wolfe casts his magnifying glass on Miami in his new novel. Actor Lou Diamond Phillips portrays Nestor Comacho, a man with both pride in his heritage and a thirst to be fully assimilated into America's ever-changing culture. Ultimately, he performs a death-defying act that is perceived as heroic in the white community and as a betrayal in the Latin community. Phillips relishes the dramatic pauses and changes pace to match Nestor's inner struggle and frustrations. Wolfe's attention to detail and the milieu of Miami make this a "shouldn't-miss" proposition. R.O. © AudioFile 2012, Portland, Maine [Published: NOVEMBER 2012]