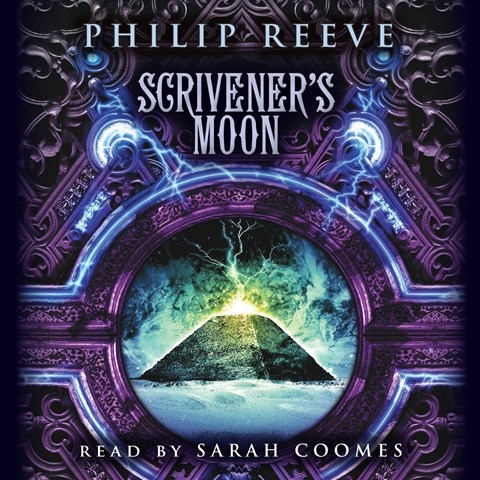 Leaving London, genetically altered Fever Crumb travels north into the barbarian lands, where she meets Cluny Morvish, a prophetess who has seen London become a monstrous machine. In dramatic fashion Sarah Coomes relates the terrible conflict between Cluny’s nomadic tribes and the London armies. She assigns each character a unique voice, although the adult voices seem overacted. Bombastic and loud or gratingly high-pitched, the voices yield superficial characterizations that may leave listeners puzzling over character motivations. Her affected drawl slows down the story. Coomes faces the difficult challenge of presenting a dense prequel that serves to set up Reeve’s Hungry City Chronicles. C.A. © AudioFile 2012, Portland, Maine [Published: SEPTEMBER 2012]