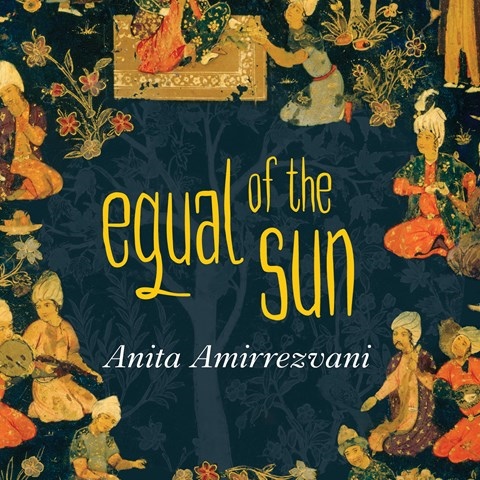 EQUAL OF THE SUN

The mystery and intrigue of sixteenth-century Iran are told in vivid detail by Simon Vance, whose deft narration masters a wide range of male and female characters. A male narrator may seem an unlikely choice for historical fiction that centers on a female protagonist. But Vance manages to make the most of supporting characters, including the eunuch from whose point of view events are told. Vance’s measured tone and pace keep the listener involved in a complex tale. However, at times his precision is so rhythmic as to feel predictable if listened to for long periods. Some of Vance’s intonations—intended to give the flavor of foreign accents—can be heavy on the ear. Even so, on balance, this heartfelt reading captures the vividness of life in the shah’s court and imagines the world of a real-life princess. M.R. © AudioFile 2012, Portland, Maine [Published: JUNE 2012]