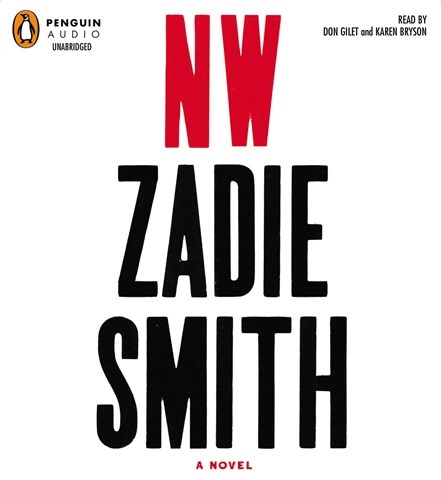 Zadie Smith is known for complex novels, and NW, which focuses on three characters who grew up in the Caldwell housing estate in Northwest London, is no exception. Voiced by Karen Bryson, Leah and Natalie have both become fairly successful—particularly Natalie—but have maintained varying degrees of connection to NW. Some listeners may be bothered by the occasional moist noises Bryson introduces into the dialogue, but she tells the women's stories masterfully and switches accents and voices effortlessly, which is essential due to the diversity of the setting. Don Gilet narrates from the point of view of Felix, who is still more in NW than out of it, and does an equally good job bringing NW to life. As the characters struggle with issues of poverty, race, and identity in a bustling city, Bryson and Gilet expertly interpret the story and help listeners who are unfamiliar with the city empathize with the plights of those within it. J.L.K. © AudioFile 2012, Portland, Maine [Published: SEPTEMBER 2012]