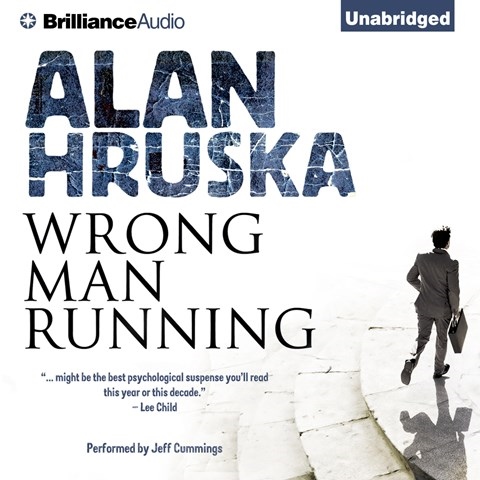 Franz Kafka would appreciate the creativity of WRONG MAN RUNNING, in which New York Assistant District Attorney Rick Corinth finds himself accused of raping numerous women—all of whom he knows. Of course, Corinth is innocent, yet he finds himself in an ever deepening and darkening hole. Jeff Cummings’s vibrant performance makes the book even better as he captures Corinth’s fear and brings out the many other emotions that would plague a person in his situation. When Corinth flees, the intensity increases, as does Cummings’s pace as he brings forth every nuance of the accused’s state of mind. Most impressive is Cummings’s delivery of dialogue, which is both credible and engaging. D.J.S. Winner of AudioFile Earphones Award © AudioFile 2012, Portland, Maine [Published: JULY 2012]