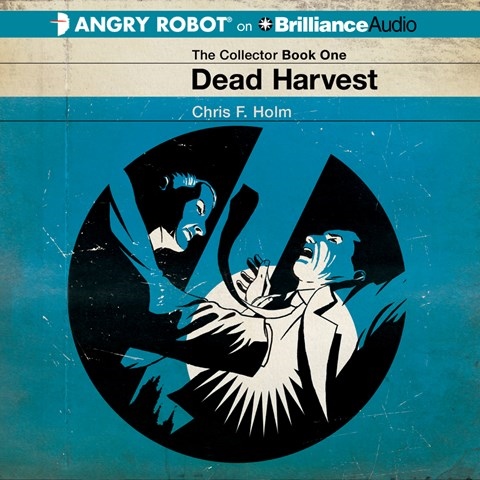 Fantasy fans have grown accustomed to stories of devils and angels who continue their epic battles on earth, often with human souls as the prizes. In DEAD HARVEST, narrator Brian Vander Ark evokes the creepy feeling that permeates the entire novel as writer Chris Holm re-creates the heaven-and-hell genre in the spirit of the classic hard-boiled detective. Vander Ark is particularly believable as Sam, the agent of the underworld who is assigned to collect the souls of the damned and return them to hell. Vander Ark even does a credible job as Sam's latest assignment, Kate. Despite the fact that she murdered her entire family, Sam sees a goodness in her that causes him to fight heaven, earth, and hell to save her. M.S. © AudioFile 2012, Portland, Maine [Published: JULY 2012]