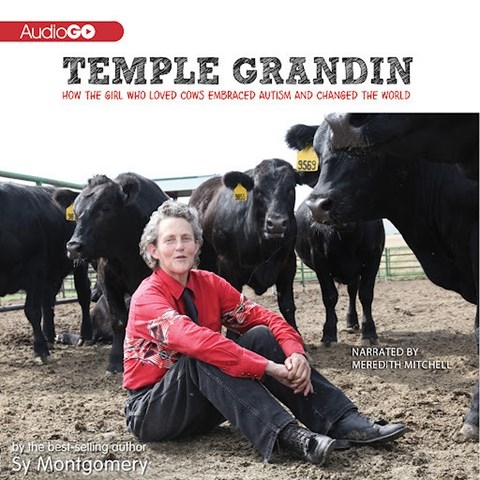 Temple Grandin is one of the most well-known autistic people in the world. In a distinctive voice Meredith Mitchell tells children the story of Grandin’s difficult yet accomplished life. Mitchell depicts the struggle Grandin’s mother experienced when her husband wanted to send Temple to a mental institution after she was diagnosed. Instead, her mother enrolled her in public school and treated her as normally as possible throughout her development. Mitchell methodically describes Grandin’s ability to think visually, which led to her ability to think in picture format and comprehend how animals view their experiences. This was key to her approach to reducing animal cruelty in the livestock industry. The story of Dr. Temple Grandin's long journey from autistic child to professor of animal science at Colorado State University is articulately delivered. B.J.P. © AudioFile 2012, Portland, Maine [Published: SEPTEMBER 2012]