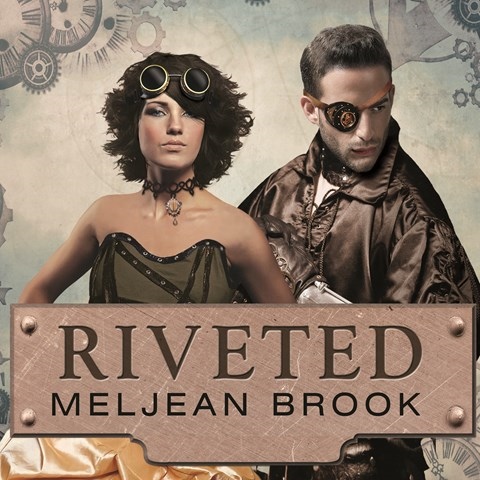 Alison Larkin’s soft English accent sets a mysterious, otherworldly tone for this romantic fantasy, which takes place in an alternate universe. Annika is working aboard a steam-powered airship, searching for her sister, when she meets David, a man infected with nano-agents—meaning he is part machine, part human. Larkin’s calm, subtle narration brings out the suspense of Annika and David’s adventure, makes the workings of clockwork creatures and steamships seem fascinating, and heats the romantic scenes to scalding. Larkin’s true gift is in using accents, rather than “doing voices,” to bring every character to life. She’ll have listeners riveted to this unusual story and is a narrator to seek out. M.M.G. © AudioFile 2012, Portland, Maine [Published: OCTOBER 2012]