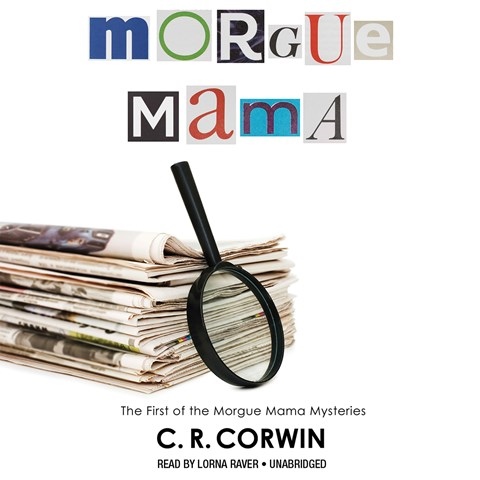 MORGUE MAMA The Cross Kisses Back

In this wonderfully entertaining piece of silliness, Lorna Raver has to alternate between the sexagenarian voice of the archive librarian Dolly Madison Sprowls, known as Maddy, at the Hannawa, Ohio, Herald-Union newspaper (who is called Morgue Mama behind her back) and the lovely, youthful timbre of Aubrey McGinty, an ambitious rookie crime reporter whose unlikely sidekick Maddy becomes. Together they try to sort out the murder of TV evangelist Buddy Wing, who pitched over dead in the middle of a broadcast, poisoned by the gold paint on his Bible. Raver doing the pompous cadences of Reverend Wing is a riot, and her portrayals of the protagonists are so sympathetic and misleading that you never see the MacGuffin coming, although Corwin and Raver are hiding it right in plain sight. B.G. © AudioFile 2012, Portland, Maine [Published: SEPTEMBER 2012]