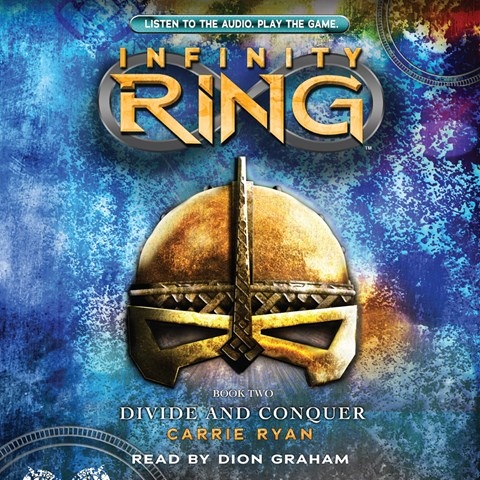 Dion Graham’s rich and varied range of voices creates an animated performance in the second installment of the Infinity Ring series. In this time-travel tale, 11-year-old Sera and her friends, Dak and Riq, are using the infinity ring to correct major events in history. Here they find themselves in medieval France. Graham embodies Sera with an unwavering voice of authority—except for moments when her attraction to Billfrith slips through. Graham switches easily between the accents of the French and the Vikings. His dynamic pacing conveys the children’s fear and desperation to regroup and get to another time period, especially when Dak finds himself captured by the Vikings, who are preparing to attack Paris. M.F. © AudioFile 2012, Portland, Maine [Published: NOVEMBER 2012]