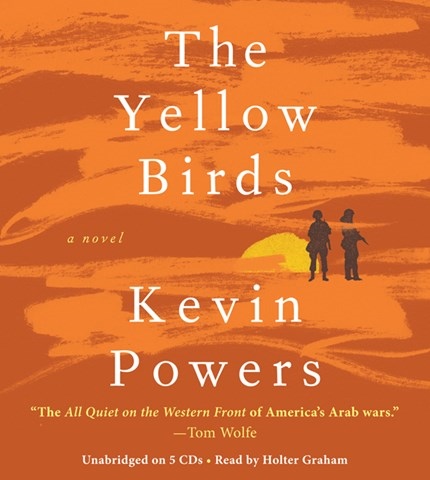 Holter Graham is the perfect choice to narrate this gritty, masculine depiction of the contradictions of war, in this case, the war in Iraq. His husky timbre brings the youthful protagonists closer to the listener. He also distinguishes between the enlisted men and the older officers in many of the scenes. Graham masterfully moves between narration and dialogue, keeping the listener’s attention throughout the tense imaginings of war. His smooth delivery creates a cadence that is broken only for emphasis at critical moments. The Arabic-accented English of the Iraqi characters may feel heavy on the ear to those familiar with this part of the world—as will inflected Arabic words—but these weaknesses are easily forgiven in view of the other strengths of this production. M.R. © AudioFile 2012, Portland, Maine [Published: SEPTEMBER 2012]