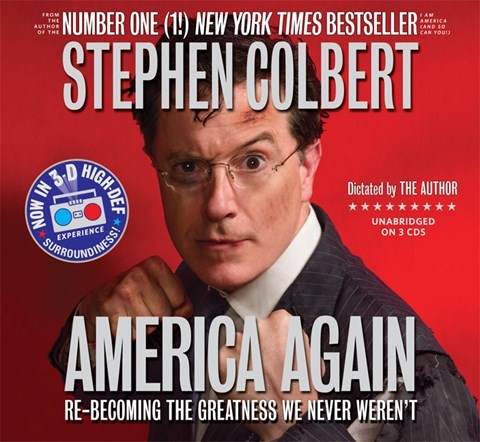 Colbert returns to narrate another amusing and satirical trip down the road of extreme radical conservatism. Chapter by chapter, he tackles the big issues—from American exceptionalism to immigrants to universal healthcare to unions—with a straight face and a brutal wit. Though enjoyable, it doesn’t pack nearly as much punch as a week’s worth of his show. His delivery has all the right timing and emphasis, but the caliber of jokes doesn’t always meet the anticipation and buildup. The low points are his character voices for the end pieces of each chapter in which he presents a caricature of the “real American.” They often feel like a joke that has died but keeps going, never reviving even for an awkward laugh. L.E. 2013 Audies Finalist © AudioFile 2012, Portland, Maine [Published: SEPTEMBER 2012]