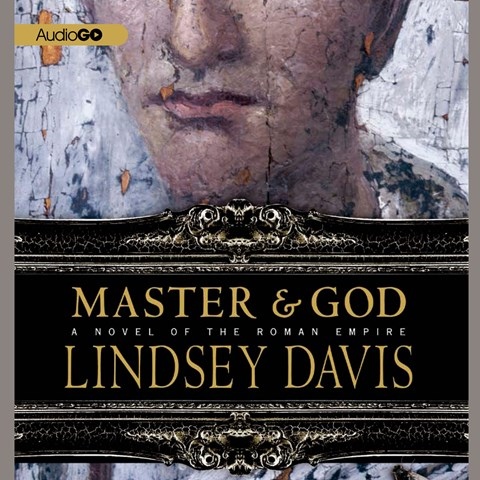 Lindsey Davis, known for her series about the Roman detective Falco, returns us to imperial Rome in this story of warfare, romance, and betrayal. We witness the reign of the Emperor Domitian through the eyes of a Praetorian guardsman and his love, Flavia Lucilla, hairdresser to the imperial court. Robin Sachs narrates this detailed story in a smooth, self-assured style that makes the listener believe every word. While this novel lacks some of the ready wit of the Falco series, it’s filled with dry humor, fascinating details of daily life, and characters we care about. Robin Sachs breathes life into these citizens of Domitian’s Rome. D.L.G. © AudioFile 2012, Portland, Maine [Published: JUNE 2012]