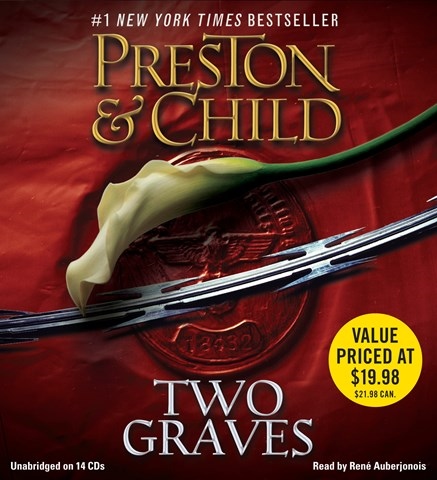 FBI Special Agent Aloysius Pendergast discovers that his beloved wife, Helen, is alive, and not murdered, as he had believed. René Auberjonois dramatically narrates this thriller, marrying the story with appropriate voices for its many characters, including Helen, Pendergast’s FBI colleagues, German and Mexican thugs, and more. Pendergast’s reunion with Helen is cut short when she’s brazenly abducted and then killed in front of him. Overcoming his horror and grief, he pursues her killer on a chase through the unmapped forests of South America. Auberjonois’s versatile performance matches the ambitious and well-paced plot. S.C.A. Winner of AudioFile Earphones Award © AudioFile 2012, Portland, Maine [Published: NOVEMBER 2012]