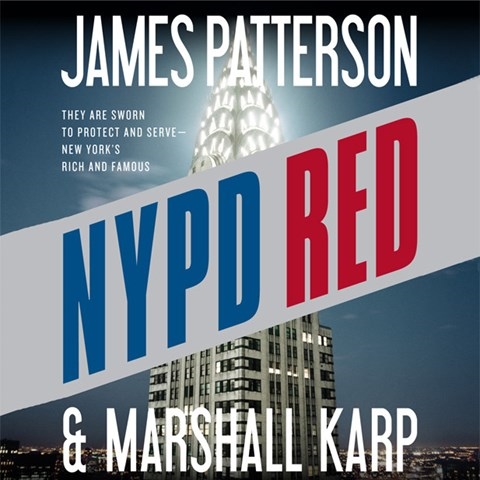 A world-renowned producer is murdered over breakfast. Detective Zach Jordan, with temporary partner and former girlfriend Kylie McDonald, both of the NYPD Red squad, are first to arrive on scene. Red unit’s assignment: to protect celebs attending New York’s “Hollywood on the Hudson” gala. Soon the pair is searching for a psychopathic killer. Edoardo Ballerini and Jay Snyder portray the underlying tension between Zach and Kylie with skilled and versatile vocal ranges. The narrators’ gritty, understated portrayals of grisly murders are delivered in chilling detail, especially when a nail gun is the murder weapon. Their polished performances of crazy Benoit and the insane nightmare that plays in his head, along with his wacko girlfriend, are compelling. While the gruesome murders play out, New York City is paralyzed with fear. G.D.W. © AudioFile 2012, Portland, Maine [Published: NOVEMBER 2012]