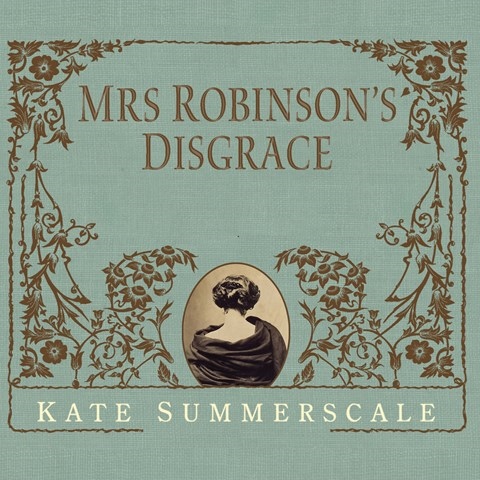 MRS. ROBINSON'S DISGRACE The Private Diary of a Victorian Lady

In Victorian Scotland, Mrs. Henry Robinson (formerly Isabella Walker) tried to cope with a cold, lonely marriage by writing intimate details of her real and fantasized life in her diary. After discovering the journal, her husband sued for divorce, and Isabella’s diary was used as evidence of adultery. Wanda McCaddon narrates the proceedings with aplomb as the account raises the question of whether the emotionally abused Isabella was having an affair with Dr. Edward Lane or her infatuation with her married next-door neighbor was a figment of her imagination. As Summerscale analyzes the practice of diary writing, nascent psychoanalysis, women’s diseases, and divorce, all is carefully recounted in McCaddon’s crisp, fluid voice. McCaddon brings this fascinating period to the curious listener through the diary of Mrs. Robinson. M.B.K. Winner of AudioFile Earphones Award © AudioFile 2012, Portland, Maine [Published: AUGUST 2012]