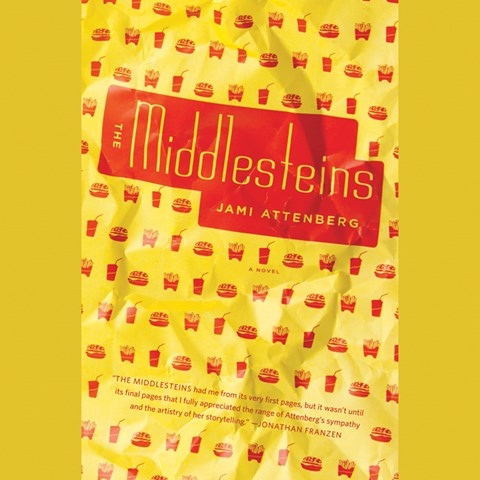 In the weeks leading up to the Middlestein twins' b'nai mitzvah, three generations of the family recall the past, trying to understand the demise of Edie and Richard's 40-year marriage. Masterfully manipulating inflection and tempo, actress Molly Ringwald realistically channels the inner dialogue of the family members. For example, she keeps pace as Edie's thoughts jump from nostalgia over her courtship to anger when she remembers the day Richard left her. Thanks to Ringwald's understated characterizations, listeners can differentiate among characters and develop their own reactions as the individual personalities of the Middlesteins are revealed. Ringwald's Midwest accent, tinged with a hint of Yiddish for the older generation, helps set the scene for this introspective look at the life of a family. C.B.L. © AudioFile 2012, Portland, Maine [Published: OCTOBER 2012]