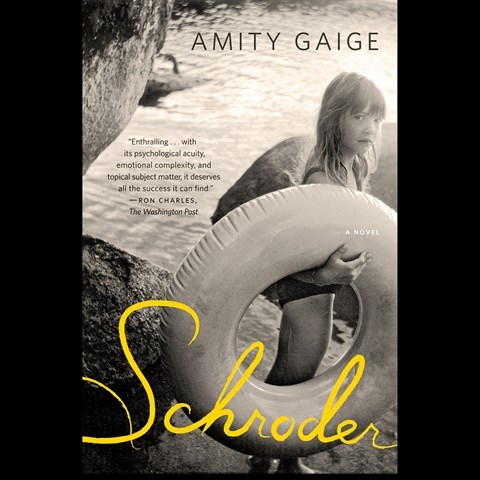 by Amity Gaige | Read by Will Collyer

Will Collyer's expressive performance portrays the spectrum of human emotion from youthful enthusiasm to hurt and baffled despair. His engaging portrayal carries the listener through the story of a young father's compelling love for his 6-year-old child, who is the focus of a sharply divided custody battle. Eric Schroder, a first-generation East German immigrant, flees Albany, New York, with his daughter, Meadow, on a bittersweet seven-day jaunt through New England that is filled with love, regret, sadness, and shared exuberance—all equally well conveyed by Collyer. His delivery of Schroder’s plaintive entreaties justifying his actions alternates between the cynicism of reality and the optimism of escape. As a team, Gaige and Collyer draw a heartbreaking portrait of devoted fatherhood and impending loss. A.W. Winner of AudioFile Earphones Award © AudioFile 2013, Portland, Maine [Published: MARCH 2013]