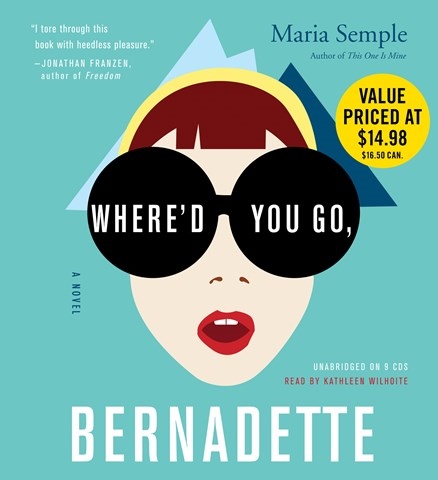 Kathleen Wilhoite delivers an energetic narration of Maria Semple’s funny, often snide social commentary. Bernadette is lost. She can’t find herself in the Seattle housewife she has become. Once an architect and recipient of a MacArthur “genius grant,” now married to Elgin Branch, Microsoft magnate, Bernadette is trembling on the edge of a breakdown. She’s highly neurotic and slightly agoraphobic. She does errands via email through a virtual personal assistant based in India. When Bernadette disappears, it’s her brilliant daughter, Bee (Balakrishna!), who searches for her. Wilhoite’s frenetic reading works best for quirky eighth-grader Bee. Her adult voices are hyperactive, over-the-top caricatures. A more controlled reading would have better served Semple’s touching exploration of a woman’s disintegration and a daughter’s determination. S.J.H. © AudioFile 2012, Portland, Maine [Published: AUGUST 2012]