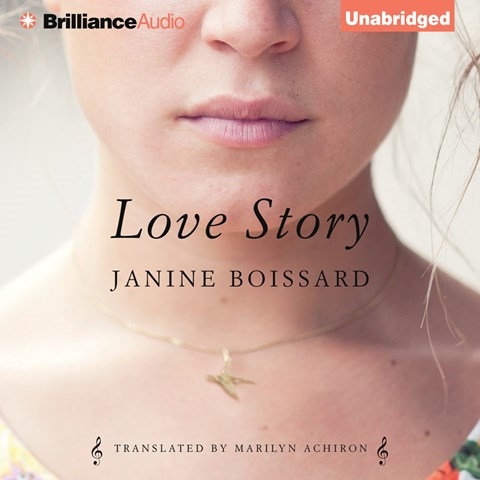 A tiny passage of classical music introduces this audio version of LOVE STORY, which sets the tone for the novel. And narrator Kate Rudd’s melodious voice and excellent pronunciation of French words enhance it to a greater degree. After an attack, renowned opera star Claudio Roman is left blind. Unassuming and mousy 26-year-old Laura reluctantly agrees to be his publicist on a concert tour, but she’s determined not to become the next casualty of the womanizing singer. Rudd successfully modulates Laura’s voice to maintain listener interest, persuasively portraying her insecurities and her resistance to her growing attraction to her handsome charge. Rudd’s convincing rendition of passionate Claudio reveals his grief and despair about his shattered dreams. The vocal characterizations of Claudio’s spiteful mistress, Laura’s family members, and envious coworkers are equally compelling. M.F. © AudioFile 2012, Portland, Maine [Published: MAY 2012]