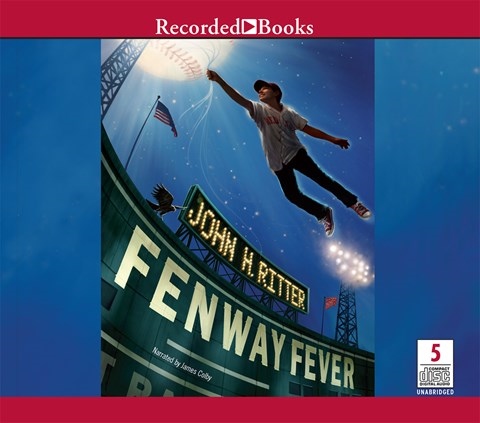 Baseball enthusiasts—especially Boston Red Sox fans—will delight in listening to Ritter’s story. It’s the start of the Red Sox’s 100th anniversary year. Twelve-year-old “Stats” Pagano, a fixture at his father’s hot dog stand outside Fenway Park, assists pitcher Billee Orbitt in his quest to determine the cause of the team’s, and his own, early season slide. James Colby is an unobtrusive narrator. He breezes through the Red Sox lore and brings the story’s drama to life through the earnestness of Stats, the twang of eccentric Orbitt, the intensity of brother and exceptional shortstop Mark, and the Boston accent of Pops Pagano. Neither the family’s misfortune nor Stats’s heart defect derails Colby’s outstanding performance of Ritter’s ode to baseball and friendship. The concluding interview with the author offers insights into baseball, his inspirations, and his writing craft. A.R. Winner of AudioFile Earphones Award © AudioFile 2013, Portland, Maine [Published: MARCH 2013]