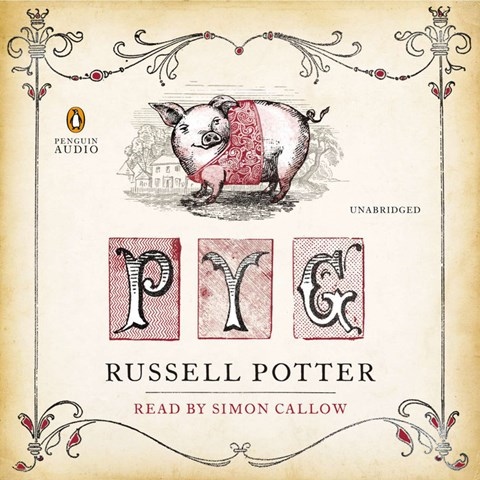 PYG The Memoirs of Toby, the Learned Pig

Simon Callow makes you forget you’re not actually listening to a first-person memoir told by Toby, the erudite, Oxford-educated pig. Born on a pig farm near Manchester around 1781, Toby is befriended by a boy who saves him from becoming bacon. After Toby wins the blue ribbon at the county fair, his life changes dramatically. He learns to count and spell, tours circuses and fairs as the “remarkable sapient pig,” and eventually enjoys discourses with the likes of Robert Burns and Samuel Johnson. Based on an actual eighteenth-century animal novelty act, Russell Potter's debut novel is a delicious blend of Swiftian satire and genteel charm. A word of caution to carnivores: So appealing, convincing, and heartfelt is Callow’s performance, you may decide to give up pork entirely. S.J.H. Winner of AudioFile Earphones Award © AudioFile 2012, Portland, Maine [Published: OCTOBER 2012]