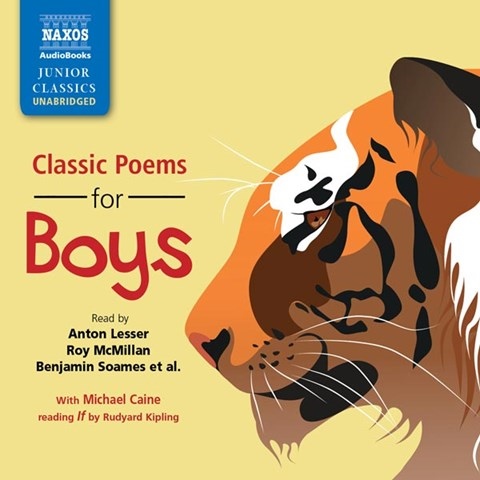 All the narrators in this production excel, but Michael Caine's rendering of Kipling's “If” and Benjamin Zephaniah's delivery of his own “Talking Turkeys” are standouts. A century or more ago, this was the home entertainment system: Young people would memorize popular poems and recite them after dinner. Some of the poetry here is light entertainment (W.S. Gilbert’s and Lewis Carroll’s, for example), and some, like “If,” is moral exhortation. There are also tales of adventure (“Casabianca” and “The Tale of East and West” are fine examples) that carry moral lessons. Some of the morals may be dated, but the poems deserve to be experienced as they were intended—read aloud by expert readers. D.M.H. © AudioFile 2012, Portland, Maine [Published: NOVEMBER 2012]