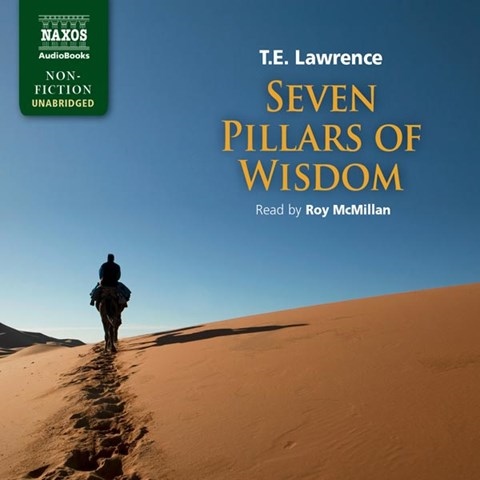 Known to most as Lawrence of Arabia, T.E. Lawrence was a passionate chronicler of Middle East military events during WWI, in which he was embedded. This book is his story. Narrator Roy McMillan conveys Lawrence’s sincerity with a calm yet enthusiastic delivery, depicting a man fascinated with the world around him. Through McMillan’s compassionate reading we can better understand how Lawrence found sympathy for the Arab cause of an Arab state at a time when the region was mostly tribal. Those seeking a wider understanding of the Middle East will be enlightened by Lawrence’s observations of the land and its people during this pivotal development period. F.T. © AudioFile 2012, Portland, Maine [Published: NOVEMBER 2012]