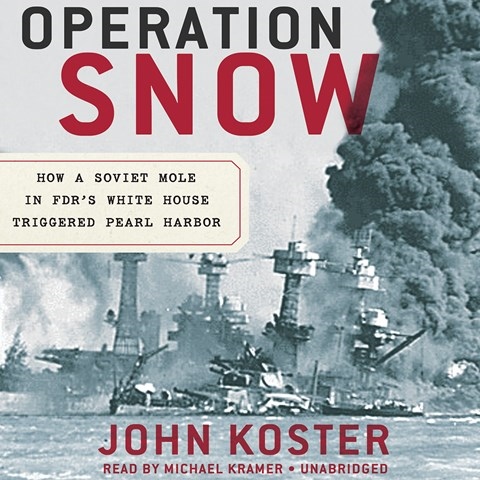 In 1948, Harry Dexter White, previously an official in FDR’s Treasury Department, testified before the House Un-American Activities Committee. Shortly thereafter, he died of a heart attack. For six decades, leftists have considered him a victim of the Red Scare. For just as long, some on the right have believed he escaped prosecution by dying. Based on limited new evidence of White’s contact with Soviet intelligence, Koster spins a conspiracy theory focusing on White’s asserted responsibility for Pearl Harbor. The author also finds him responsible for the Final Solution and the Battle of the Bulge. Michael Kramer delivers the book in the slightly nasal tone favored by narrators of right-wing conspiracies. His pronunciation is clear, his pace easy to follow. F.C. © AudioFile 2013, Portland, Maine [Published: JANUARY 2013]