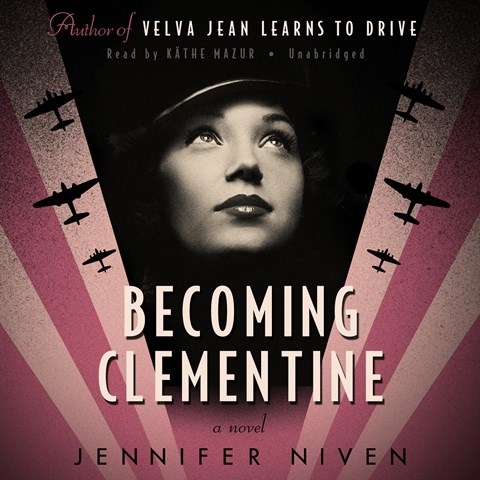 Narrator Kathe Mazur portrays Velma Jean Hart, a WASP pilot who volunteers to copilot a plane of special agents to France after delivering a B-17 to England. She’s desperate to find her brother, who has been missing since before D-Day but instead finds herself stranded in Nazi-occupied France, where she becomes part of the operation to recapture a woman known as “Swan.” Although the novel itself is slightly too long, Mazur does a wonderful job embodying Niven’s steely protagonist. Particularly well done are her transitions from the American Velma Jean to her cover identity as the French-by-marriage Clementine Roux, from WASP to secret agent. J.L.K. © AudioFile 2012, Portland, Maine [Published: NOVEMBER 2012]