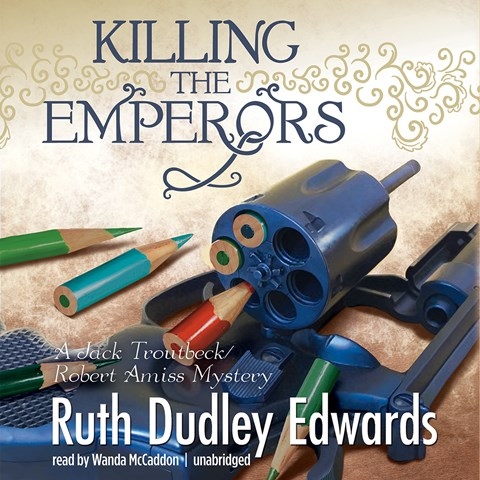 Through the character of Baroness Ida Jack Troutbeck, the author takes unabashed and politically incorrect aim at conceptual art—with hilarious results. English narrator Wanda McCaddon skillfully delivers dramatic accents, Russian, Albanian, and even a commendable American accent. She best conveys Jack's infectious laughter. Soon after publicly skewering conceptual art, some of its prominent artists disappear, seemingly having been kidnapped. Then Jack disappears, as well. As she awaits rescue, Jack keeps her spirits up by reciting poetry, Shakespeare, and even nursery rhymes—all of which McCaddon delivers with perfection. The conclusion guarantees that listeners will never view modern art in the same way again. S.G.B. © AudioFile 2012, Portland, Maine [Published: DECEMBER 2012]