Home»Reviews»BLACK MASK 8: THE SOUND OF THE SHOT 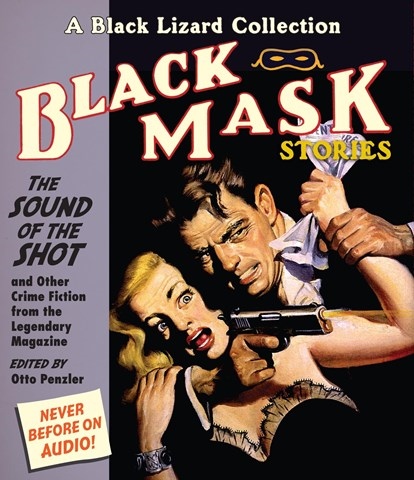 BLACK MASK 8: THE SOUND OF THE SHOT And Other Crime Fiction from the Legendary Magazine

Swaggering tough guys with guns take on the bad guys while the dames swoon in this collection of novellas from the infamous pulp magazine of the first half of the twentieth century. There are six stories in the collection and five narrators, with Richard Ferrone taking on two stories. All five readers quickly adopt the voice and mannerisms of the tough-talking pulp writers; Ferrone's baritone best captures the tone of the times. You can almost smell the cigarette smoke and taste the whiskey. The narrators evoke the 1940s, making it easy to get lost in the stories. The stories and their themes are timeless, though listeners will have to guess at the meaning of some of the words. M.S. © AudioFile 2012, Portland, Maine [Published: AUGUST 2012]