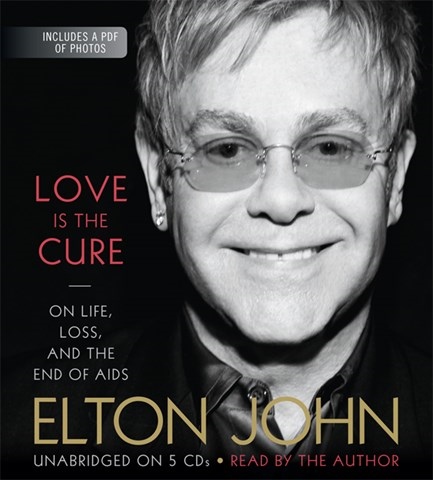 LOVE IS THE CURE On Life, Loss, and the End of AIDS

Elton John describes how the combination of an intervention and his admiration for a child with AIDS turned him away from a path of self-destruction. John is at his most earnest as he regretfully describes his use of illicit drugs during the early years of his career, a habit that made him blind to the AIDS epidemic. Love and compassion are front and center in this moving performance as John recounts how he was influenced by young Ryan White, a teenaged hemophiliac who was infected with HIV from a blood transfusion before the nation’s blood supply was tested. John’s friendship with White propelled him into a mission to fight the epidemic full throttle. Thus far, the Elton John AIDS Foundation has raised $275 million. John emotionally describes his wasted years, the loss of dear friends to AIDS, and the regret he feels for not having earlier lent his celebrity to the cause. His sincere words and subsequent good deeds resonate in this performance. B.J.P. 2013 Audies Finalist © AudioFile 2012, Portland, Maine [Published: JULY 2012]