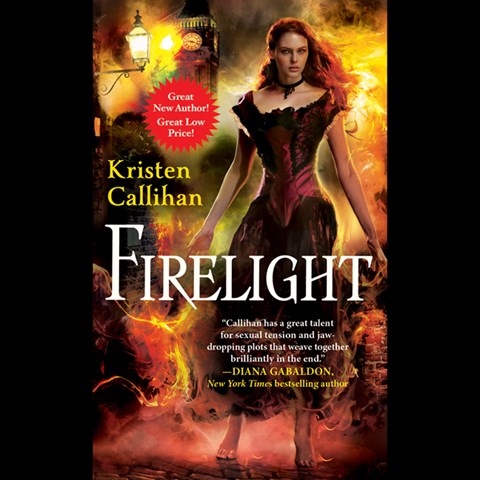 Miranda Ellis and Lord Benjamin Archer both have unique gifts, or curses, as the case may be. They find themselves drawn to each other as they overcome their demons in a romance story that is part paranormal, part historical, part mystery. Moira Quirk’s soft British accent and well-enunciated tones portray Miranda as the gently bred lady she claims to be. When Miranda is overcome with anger or excitement, her voice becomes more animated. Lord Archer, a man who possesses incredible strength and never seems to age, is given a deeper, more menacing voice that is at times rasping and cold. But it becomes lighter as he and Miranda get to know each other. The dialogue between Miranda and Archer is offset by the bubbly voices of Miranda’s older sisters and the sultry tones of Victoria, the woman who seems to know a little too much about Lord Archer. E.N. Winner of AudioFile Earphones Award © AudioFile 2013, Portland, Maine [Published: FEBRUARY 2013]