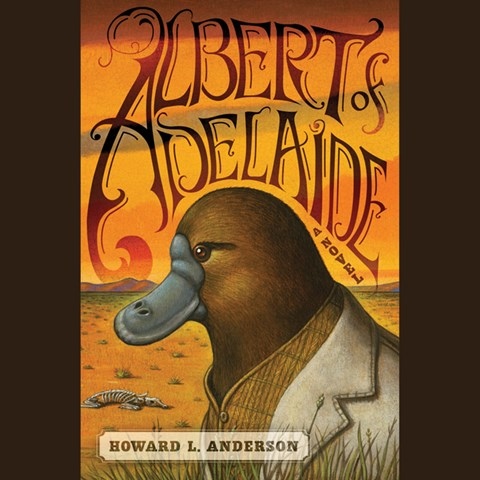 Anderson's astonishing first novel is a combination of ANIMAL FARM and a moving coming-of-age fable. Platypus Albert, tired of life in an Adelaide zoo, runs away, seeking “Old Australia,” where liberty, peace, and freedom prevail. Narrator David Franklyn inhabits Albert as he seeks his utopia, evolving in the process. Albert encounters colorful creatures and learns to fight, survive, and help those he once feared or disdained. Each wonderful critter—wombat, bandicoot, kangaroo, and more—is aptly depicted by Franklyn, further enlivening Albert's journey. Most memorable is T.J., a raccoon from San Francisco who both learns from and teaches Albert. His American accent adds fun and stands out among the heavy Aussie bush voices. The audio format is perfect for this gem! S.G.B. © AudioFile 2012, Portland, Maine [Published: AUGUST 2012]