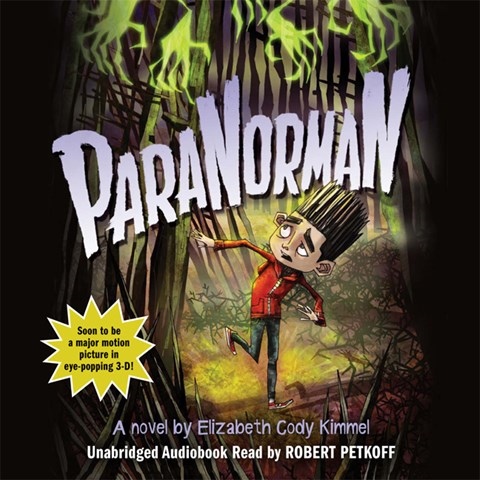 Foul-smelling zombies, centuries-old curses, witch trials, communication with the dead—what more could middle school listeners want? And Robert Petkoff's performance is just as lively. The personalities of each character jump through the earbuds—from Norman's exasperated sighs at no one’s believing he can talk to the dead to unpopular but loyal Neil’s high-pitched tones. Petkoff’s depiction of Norman's trendy, boy-crazy sister is "like, so totally" accurate, and he adds punch to his voice when delivering the taunts of the thick-necked bully, Alvin. Petkoff even gives life to the undead. This delightful story is sure to give young listeners a fun fright while delivering important messages about bullying, being different, and not following the crowd. M.D. © AudioFile 2012, Portland, Maine [Published: JULY 2012]