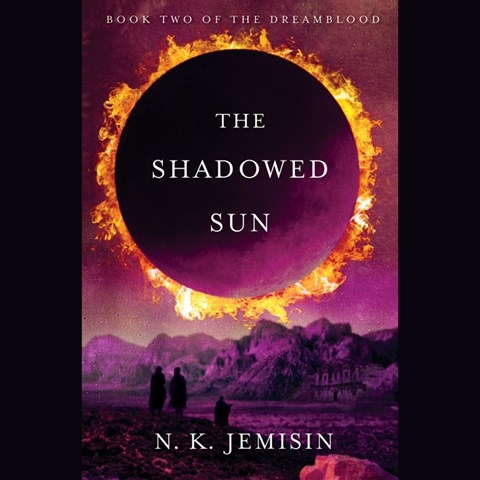 At night the citizens of Gujaareh are being killed by a cursed dream. During the day, they are being oppressed by occupying forces. An exiled prince and a female dream-priest are key to the city’s breaking free of both troubles. Narrator Sarah Zimmerman’s steady tones are pleasant, almost soothing. Her soft voice is not always effective at portraying male characters. The story itself is packed with convoluted politics, making it difficult to follow, especially for those who aren’t familiar with the previous book in the series. This may be one of the few times an audiobook aficionado wishes for pages, as the desire to flip back to track the narrative is strong. G.D. © AudioFile 2012, Portland, Maine [Published: AUGUST 2012]