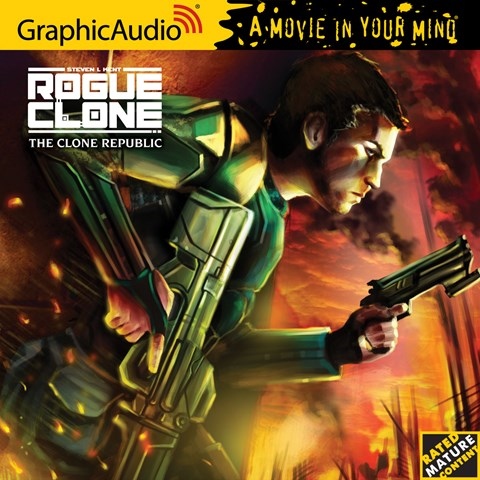 by Stephen L. Kent | Read by Ken Jackson and a Full Cast

Wayson Harris is a Liberator clone, one of the berserker warrior class in an army of clones that is invading other planets in our galaxy. Ken Jackson and cast jump in and take listeners for a ride through grueling battle scenes, followed by restful vacations back on Earth. The gravelly voiced Jackson portrays Harris, whose life is front and center in this military thriller. Invasions, gunfights, and even political wrangling are punctuated by sound effects. At times, this GraphicAudio military thriller sounds like a computer game full of laser rifles, bombs, and explosions. As Harris’s character evolves through endless battles and he moves up the ranks from private to lieutenant, the narration by Jackson and his fellow actors never skips a beat. M.B.K. © AudioFile 2012, Portland, Maine [Published: OCTOBER 2012]