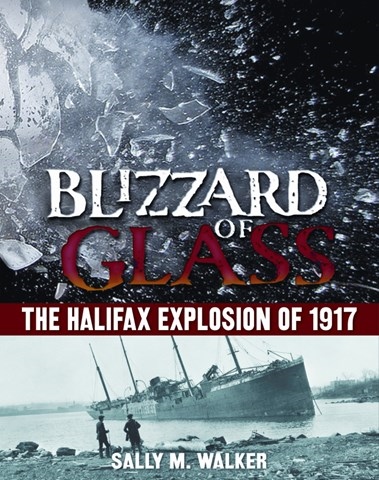 BLIZZARD OF GLASS The Halifax Explosion of 1917

This perfectly titled book deals with a little-known (in the U.S.) incident that occurred in Canada. On December 6, 1917, a munitions ship headed for Europe and a wartime relief ship collided and killed nearly 2,000 people. Narrator Paul Michael recounts the moving story in a manner that deftly captures life before and after the tragedy. Listeners are introduced to the citizens of Halifax as they go about their daily lives at work, school, home, or Mass shortly before the disaster. Meeting them, hearing their conversations, and then following victims and survivors make the story particularly compelling. This in-depth portrait is perfect for kids or adults who want a quick and accurate overview of this event. S.G.B. © AudioFile 2012, Portland, Maine [Published: NOVEMBER 2012]