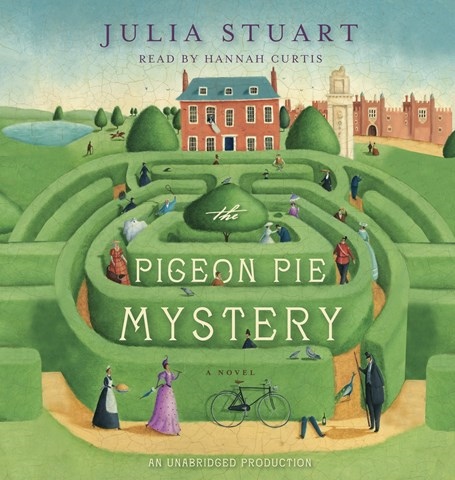 Hannah Curtis infuses her performance with an audible delight for Stuart's quirky story and characters. Curtis seems to be barely suppressing laughter as the comedic elements unfold. But her ironic tone is prominent in this "cozy" murder mystery, which illuminates eccentric characters, bizarre situations, and the foibles of royalty and society's upper echelons. The penniless Princess Alexandrina (Mink) moves to a grace-and-favor residence in Hampton Court Palace after the death of her father, the Maharaja of Brindor. There Mink's maid, Pookie, becomes a murder suspect when the pies she bakes for a picnic are found to be laced with arsenic. Spunky Mink launches her own investigation, undeterred by a charming romance, hilarious secrets, and confounding twists. A.W. © AudioFile 2012, Portland, Maine [Published: DECEMBER 2012]